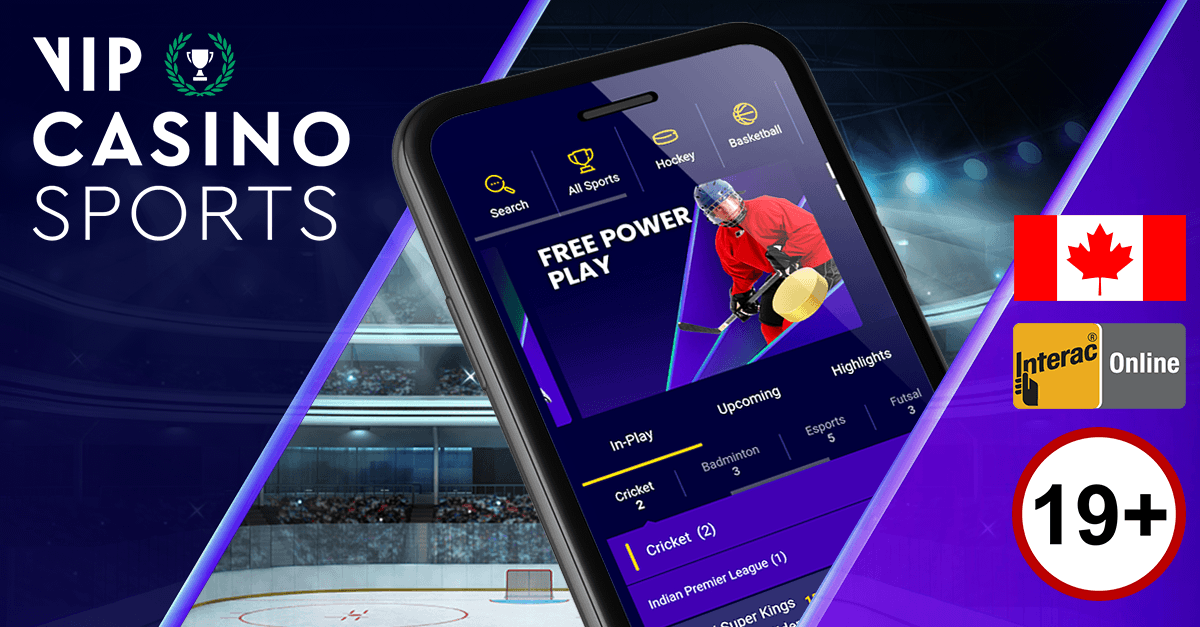 Everyone loves a long shot. You have probably heard all the stories from friends and family about the big win they have had from betting on the underdog. Hockey has had its fair share of good underdog stories too and they make for good reading. In this article we are taking a look at some of the greatest bets in NHL history.

All NHL games and Stanley Cup outrights are available to bet on VIPCasino.ca.

The Coyotes Record The Biggest Betting Upset In 16 Years

We’ll start off with a recent one. In February 2022, the Arizona Coyotes recorded the biggest NHL betting upset since 2006 with a win against the Colorado Avalanche. The Avalanche entered that game on a 10-game winning streak and having won their last 18 games at their Ball Arena home venue. In contrast, the the Coyotes had only recorded 10 wins all season.

Heading into the game the Colorado side were prohibitive favourites with odds as shorts as -550 while the Coyotes were available to back at +450. It was obvious from watching the game that the Avalanche were caught cold and the Arizona Coyotes were able to come away with a 3-2 penalty shootout victory.

It had little effect on either franchise’s form for the remainder of the season though. At the time of writing the Avalanche have clinched their playoff spot as Central Division winners while the Coyotes look destined to finish bottom of the Central for the 2021-2022 season.

The NHL’s newest expansion team, the Las Vegas Golden Knights, upset all the odds in their first year of existence with a historic run all the way to the Stanley Cup Finals. Playing in their first season in the world’s premier hockey league, the Golden Knights started the year as rank outsiders in the Stanley Cup betting with futures odds available of anywhere between +15000 and +50000 available before the first puck dropped in the 2018 season.

The Golden Knights went on to a have a miraculous season under head coach Gerard Gallant. They broke the expansion team points record by a whopping 26 points before going on to sweep the first playoff series and then beating the Sharks on their way to a Western Conference win. Unfortunately the Cinderella Story did not come to fruition. The Sin City hopefuls came unstuck in the Stanley Cup Finals with a 4-1 series defeat to the Washington Capitals.

However, not many sides upset the odds throughout an NHL season like the Vegas Golden Knights managed in 2018. Any bettor who pinned their hopes on the Golden Knights would have had a profitable season indeed.

The Miracle On Ice

We’re cheating a bit here as this wasn’t actually an NHL upset but it still goes down as one of the greatest bets in hockey history. The 1980 US Olympic Mens Hockey team were rank outsiders to take home a medal at the Lake Placid Olympics. The team was comprised of college players – still amateurs – facing off against some of Europe’s most distinguished players.

The United States were seeded seventh coming into the Games while the Soviet Union were hot favourites. The medal round of these games operated on a round robin basis. Heading into the tournament many bookmakers would have ranked the US team as around 1000-1 outsiders with the team having never played together and coming up against more experienced players. However, after five games the Americans had shown promise and patriot pride was rampant in the build-up to the match with the Soviets.

The Soviet Union had won the last four Olympic golds in this event and were hot favourites to repeat the trick in 1980. Moneyline betting would have had the US team around the +1000 mark heading into the game. Coach Herb Brooks orchestrated the famous 4-3 victory before going on to beat Finland to win the gold medal in one of the greatest David vs. Goliath stories in sports history.

It has given us countless books, documentaries, films and of course Al Michaels’ iconic “Do you believe in miracles?” commentary.

The NHL Playoffs have been known to throw up some shocks here and there and 2010 was no different. In the opening round of the playoffs the Montreal Canadiens faced a Washington Capitals squad with the league best record. The Capitals were one of the favourites to go all the way to the Stanley Cup Finals and were expected to brush the Canadiens aside with ease.

That outcome looked pretty likely with the Capitals racing into a 3-1 lead and Alex Ovechkin leading the way. Anyone backing the Canadiens to come out of this series as No. 8 seeds before Game 1 would have got good odds. After Game 4 the result almost seemed like a foregone conclusion and their odds to win the series stretched out to +1500.

You might know where this one is going. The Montreal Canadiens managed to win three games in a row to defeat the #1 seed Washington Capitals and progress to the next round. They became the first 8 seed to come down from a 3-1 deficit in the modern era of the NHL Playoffs and secured their place in the record books.

That was a breakdown of some of the greatest bets in NHL history. We know regular visitors to the site are always on the lookout for their next big winner so keep an eye on the updates below for all the latest NHL betting and tips from our hockey experts here at VIPCasino.

Follow @VIPCasino_CA on Twitter to stay up to date with latest tips, news and offers from Canada’s Best Online Casino! Keep up to date with our lastest NHL betting articles here.

It's a shortened week on the NHL schedule with the All-Star break beginning on Friday.…

In-play hockey betting is surging in popularity in Canada. It involves betting live on the…